Malaysia to improve ties with Russia 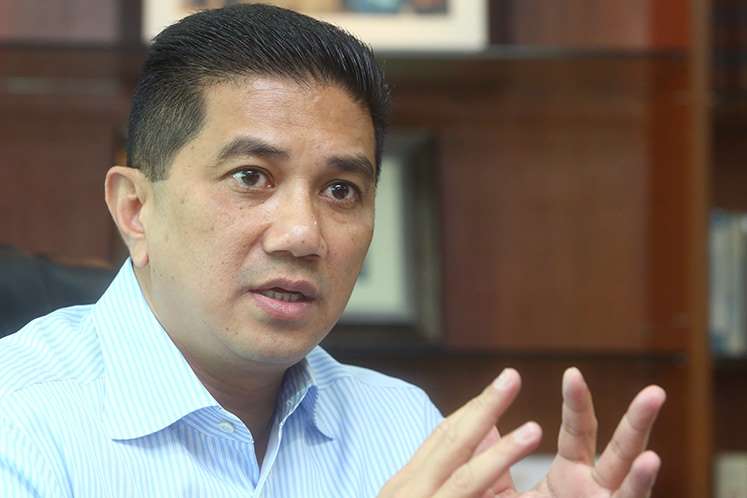 The Joint Malaysia-Russia Commission for Economic, Scientific, Technical and Cultural Cooperation (ESTC) will be re-activated to foster ties between the two countries.
Economic Affairs Minister Datuk Seri Mohamed Azmin Ali said for this reason, he will be receiving courtesy visits from a Russian delegation which is here for the 2019 Langkawi International Maritime Aerospace Exhibition (Lima'19) this afternoon.
He said the ESTC was signed almost five years ago but no action had been taken.
“The Pakatan Harapan (PH) has held discussions with Russia and they want the commission to be re-activated to foster economic ties between the two countries.
“I am representing Malaysia and will meet with the Russian delegation which is led by the Minister of Industry and Trade of the Russian Federation, Denis Manturov. This is not a meeting but a courtesy visit to determine the new scope of the commission which will be drawn up in Russia next October,” he said.
Azmin said this when met after he attended a lunch meeting with Langkawi PH members here today.
He added that the new scope which has been proposed would focus on bilateral economic ties between the two countries.
“We will also be looking at new areas which can be created, the collaborations which can be improved and we want the private sector from Malaysia to play a role in the new collaboration between the two countries,” he said.